How we tried to save democracy through trickery, the first time

Money corrupts. Political urgency corrupts absolutely. Not sure that's true, but our kind of mischief isn't made for electoral work.

Using our first (2004) movie's publicity budget, as well as a rather large philanthropical grant, we bought a used radio truck and outfitted it as a fake Bush campaign bus. We wrapped the bus in some crazy imagery and a demented slogan, and added a "pollution generator" (fog machine), a retractable "oil rig" (the original antenna with oil-rig dressing) launching streamers of "oil" (streamers from a CO2 gun), a big video screen with animatronic Bush, and a whole wardrobe of costumes, including an orangutan suit and cowboy with gas-nozzle sidearms.

We intended to do a whole series of demented "campaign events" in advance of the real George W. Bush campaign, pre-empting it, but there was only one problem: no one could tell us where the real campaign was. So we decided to release a series of videos — the ones you can see here, in the menu — hoping they'd go viral and spread a bit further some of what was wrong with George W. Bush, that people might not understand.

Yes, a crackpot theory when you lay it right out, but we had the money and we had the momentum. Another word for that is arrogance!

We drove through Ohio and Virginia and finally DC, pausing to perform strange actions in various places. When it turned out that no one ever noticed anything amiss with our bus, we added googly eyes and a roof-mounted "missile," and got more extreme in our performances.

It never really worked as intended. We did make some half-decent video, but they never quite went viral. And anyhow, in retrospect, everyone already knew how crazy the "Bush doctrine" was, and we had little to add to the story.

The old radio bus broke down twice. On the first breakdown, we rented a van and did some of the funniest bits. On the second breakdown, the bus was finally scrapped (see video) and the Yes Men went knocking on doors like everyone else — which was probably a lot more effective.

You can read also an account of our visit to Andy's old haunt, the Castro, with "Diversity Compassion Orangutan. 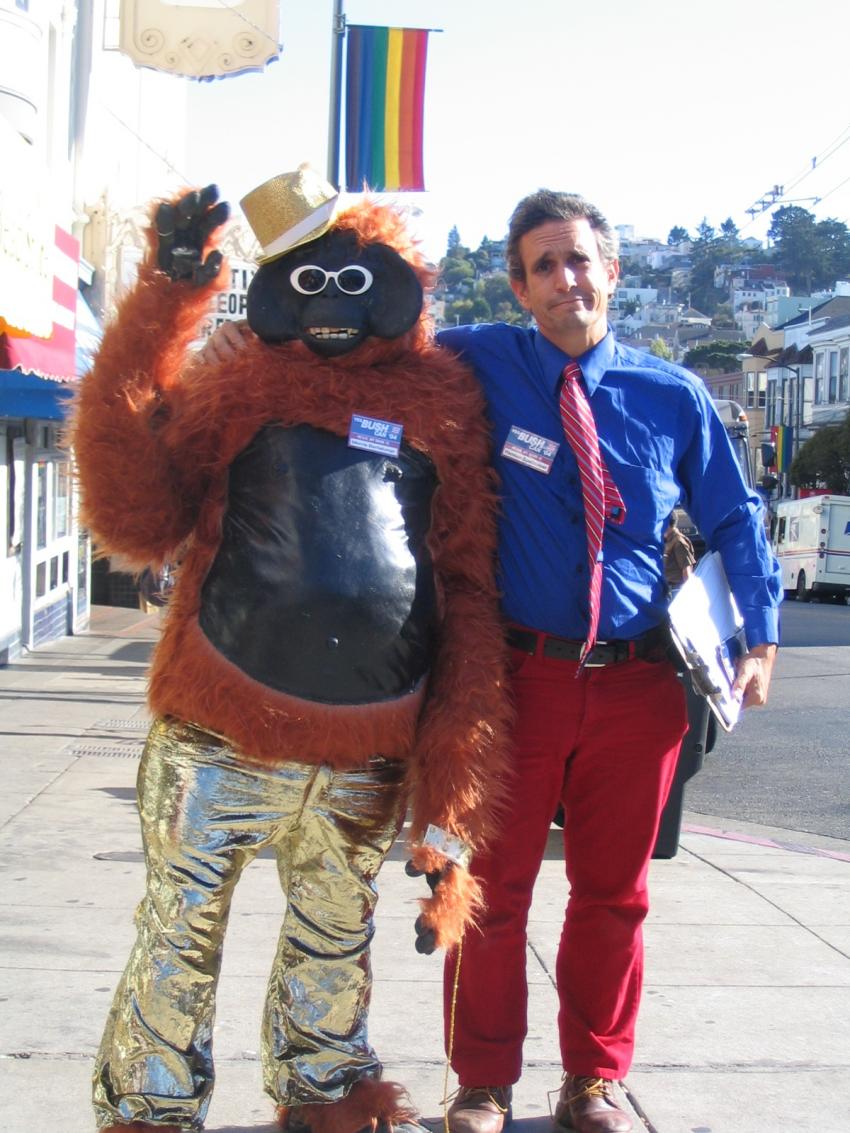 And here's an account of how we promoted climate change as a weapon against US adversaries. 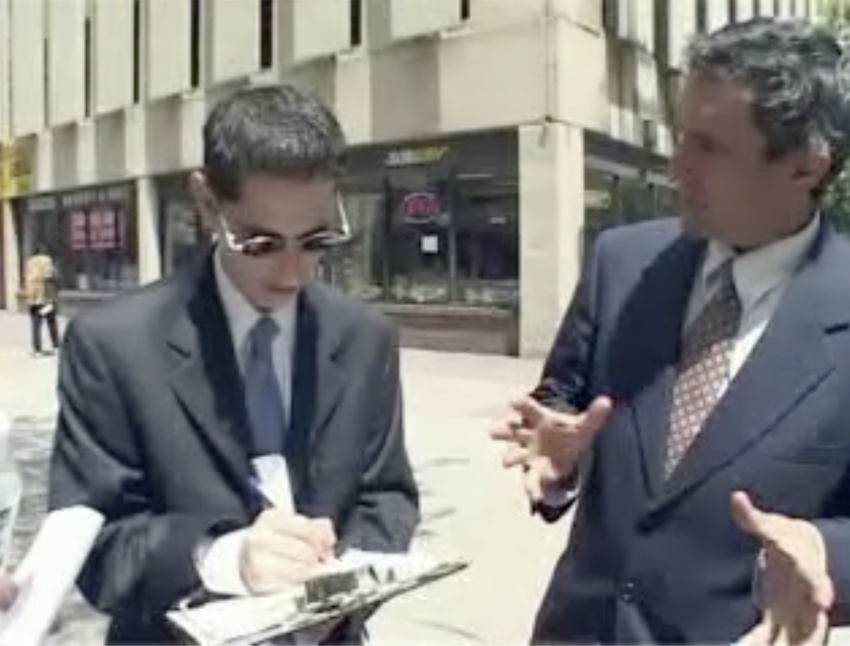 See more "behind the curtain" stories