Climate solutions that will make life much better

For our civilization to thrive on this fast-changing earth of ours, it'll have to change in some fairly big ways. Those changes are all technically pretty straightforward — and they'd make life on earth a lot better.

The most obvious benefit of getting our world off the frozen solar energy of fossil fuels, and onto its live versions instead, would be… well, survival. But it would bring other benefits too.

Switching to renewables could, if done right, foster community independence and cohesion, as people and groups manufactured and sold their own energy. But it could also help level inequality, as some of the poorest places in the world, including in the US, happen to be sunny and windy. If the people who live in such places were empowered to produce and sell their own energy (rather than host others to do so, which often goes wrong), energy purchases could support them instead of billionaires.

Since societal unhappiness is clearly correlated with inequality — the conceptual opposite of "trickle-down" theory — anything that diverts resources to the poorest would benefit everyone. 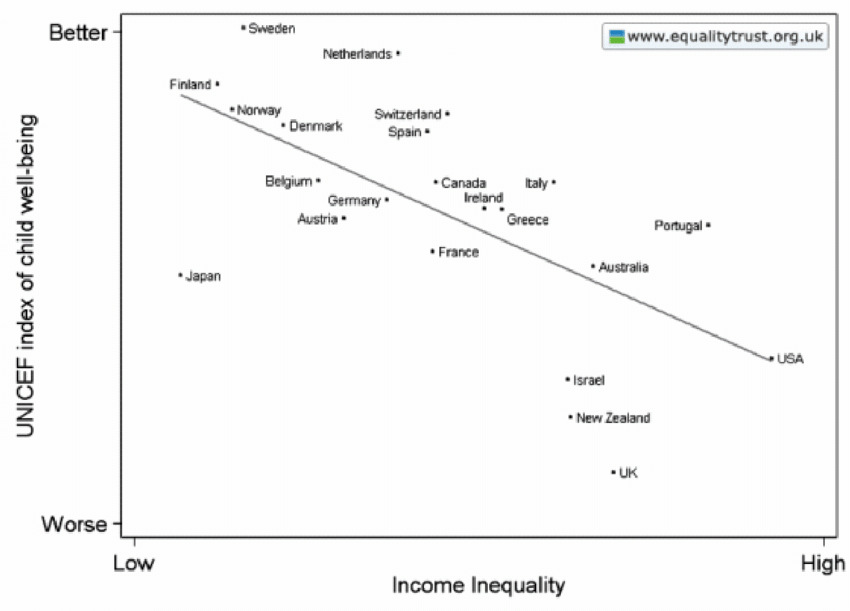 Figure 6: One study of many showing inequality and unhappiness linked

Private cars, even electric ones, have huge ecological costs. They also have social costs, that many have tried to offset, with sometimes catastrophic consequences.

There's only one way to make both life and the atmosphere healthier without sacrificing mobility, and that's to seriously beef up public transport.

Figure 7: Futuristic visions that were already possible then

Cities in which people and goods get around in regular or super-flexible trams, on good old regular bicycles (or weird new ones), and even on parallel speedy walkways, would have oodles of room for parks, community farms, "garden colonies," and other stuff that pretty much everyone would enjoy.

And why limit transformation to cities? If long-distance travel were decoupled from work (see #1 below), and if people could live where they found the most meaning, more ecological modes of transport like trains and blimps and ships could suffice for most trips, with the journey its own reward.

Not all changes need to be sweeping. One tiny tweak with huge impact would be laws mandating lifelong full-service warranties for all consumer products — instantly turning  the service the product provides into the product. It would be up to manufacturers to ensure that the service continues indefinitely; "planned obsolescence" and other redundant production would vanish, along with their massive emissions.

Further, the disparity between quality products for the rich, and disposable cheap ones for the poor, would disappear. (Prices could be capped at the low end, as they already are for many things.) Since, again, visible inequality is a greater driver of misery than anything else (see #4), any such leveling, however small, would help make society happier.

The biggest vision, with the most potential to transform our lives while dramatically cutting emissions, is so simple and obvious that it's almost unthinkable.

Automation is already widespread, with computers and robots doing more and more of our work every year. Yet leisure time hasn't kept pace, because corporations absorb most of the profit.

If the benefits of automation were distributed equitably across all of society, people, rather than corporations, could decide what work is most meaningful. Imagine if everyone could decide how much time to devote to caring for others, or engaging in urban farming, or creating art or music or poetry, or whatever each person found most important. A world guided by complex humans, rather than single-minded corporations, would not only be happier, but also much less likely to keep killing our planet.

Figure 9: Exxon demonstrates its single-minded devotion to profits in the face of human extinction

The above solutions — a few among many — are all technically pretty straightforward. Political change is a whole other matter. But societies have changed radically many times throughout history, and it should help that these changes and others would make life on earth a lot better.

A few other resources:

Beautiful visions are not the Yes Men's forte. Like most leftists of the past 40 years, we've often been afraid to think big, limiting ourselves to what's "reasonable" to expect from a future that's much like the present. Like in one of our most "prefigurative" projects, a fake New York Times, we posited that mass non-violent civil disobedience had led to the end of a terrible, disruptive, and massively criminal war about oil.

Figure 1: A criminal oil war is over

Plausible and possible, yes, but hardly big-thinking. We also envisioned how public pressure could plausibly lead to health care for all, and free education, and a bunch of other cool things:

Figure 2: The US catches up to the rest of the world

But all wealthy countries, and many poor ones, already have most of that — as well as a near-absence of mass shootings, of course. "Let's be as good as everyone else" is somehow not a great rallying cry in the exceptionalist USA. As for the climate-change picture, for a long time the most utopian we ever dared get was… not very:

Not the sort of vision that makes you spin like a frog with excitement.

Figure 4: An endangered species made entirely of petroleum-based products spins with excitement

Thanks to the Tassajara Earth Activists for helping us think through this piece, and to Emily Johnston in particular. All errors, oversights, and underdeveloped thoughts are strictly our fault!

Join or email us