Thank you for your excellent legal threat. Unfortunately, you sent it to the wrong party. It is not PPR but rather we, the Yes Men, together with miscellaneous secret entities with whom we are in cahoots, who are entirely responsible for the subvertising campaign that covered bus stops and billboards across Belfast, as well as for the brochures that proudly bear your City's corporate logo plus Suzanne Wylie's signature, which we obtained from a secret public source available only to those with special technology ("browser").

It was we, too, who, at a manufacturing conference there in Belfast on Thursday, falsely announced in the name of investment firm Castlebrooke that they were canceling the hideous "Tribeca" project designed to be craved by investors, but that everyone else seems to hate, in order to build lovely and much-needed social housing instead.

You correctly note that the hashtag featuring upon our materials is #BuildHomesNow, which we ripped off from PPR. (We are in the process of asking forgiveness.) This hashtag refers to the need to, as it were, build homes now—using, for example, the £500 million allocated each year for the purpose—for the approximately 20,000 homeless people who reside, or rather don't, in your City.

We expect that the Councillors from constituencies experiencing chronic homelessness feel the same urgency to build homes now and feel, as we do, that your actions (and inaction) are unworthy of your office.

By the way, after our announcement we hightailed it to the urbanism conference at which you, Suzanne, delivered the keynote; you were—go figure!—moderated by Castlebrooke's own PR flak, a well-built man named Paul McErlean. We delivered some brochures there as well before Paul had security escort us out; it was shortly after that that you misdelivered your excellent threat.

It was at that conference, too, that we had the great good fortune to hear Vishaan Chakrabarti, of whom Paul claims to be a great fan. Chakrabarti seemed to tell Paul—but politely—that anyone who thinks market forces will solve your homelessness problem must be either an idiot or a corrupt and disingenuous shit. (That's not what he actually said, just our translation.)

We do hope you will keep up this conversation and threaten us further. As you can see, it gives us an excellent format in which to express our concerns. But as for PPR, they have communicated to us that they would like an apology from your office, as well as, please, social homes at Mackies. They do expect however only hostility and continued gentrification, so please feel no pressure to respond to them until such a time as your constituents and their Councillors have forced you to serve them rather than large investors like Castlebrooke. 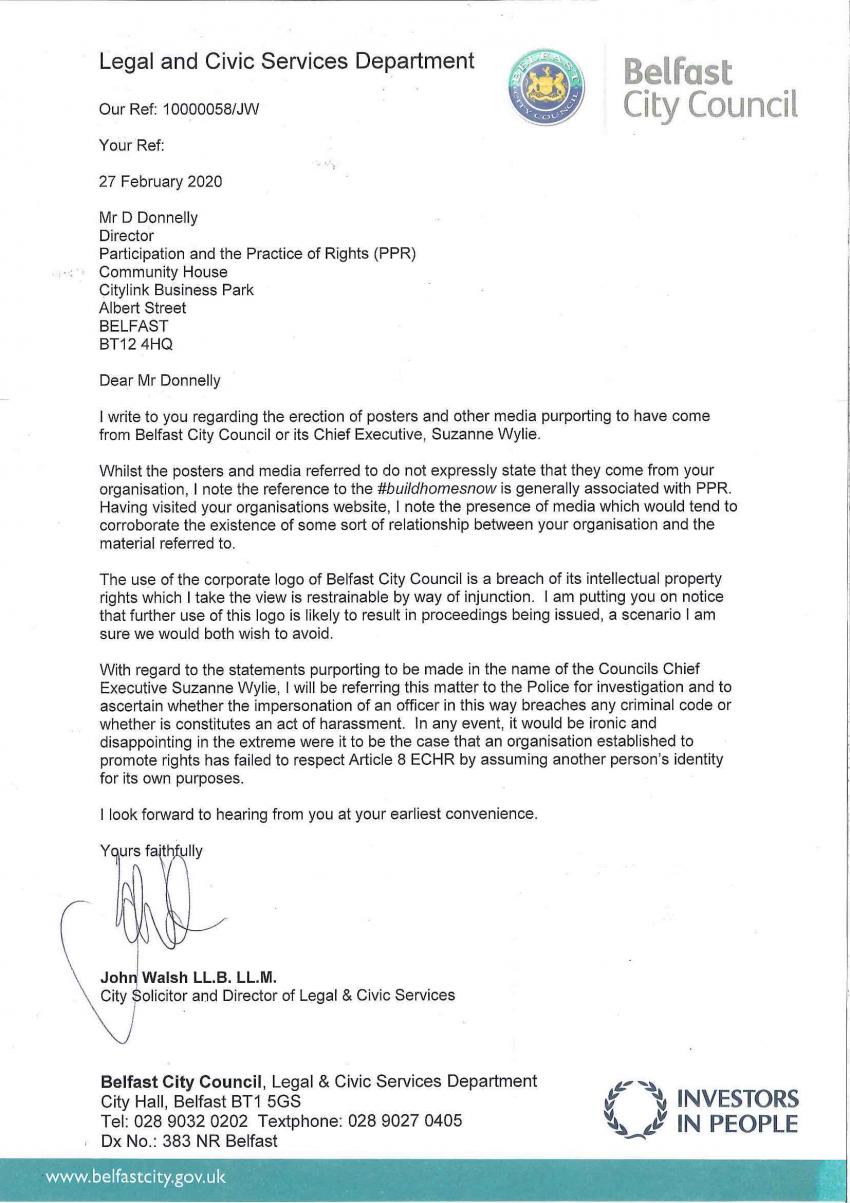