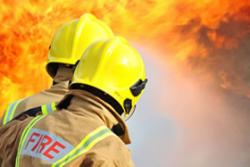 Communities Secretary Eric Pickles condemned a hoax video circulating on the internet, which purported to show firefighters losing control of a hose during a showcase firefight, resulting in an injury to a spectator's dog.

"This hoax video is deeply offensive, and seems like a disingenuous attempt to engender distrust for the increase of the retirement age for firefighters from 55 to 60.

"In 2012, the government-commissioned Williams Report made clear that fully one third of firefighters between the ages of 55 and 60 are fit to perform firefighting functions as competently as those much younger. Although we did not publicise this study at the time, we are doing so today in order to reassure the public.

"We would also like to point out that a real DCLG showcase event would have included adequate supervision of these firefighters, making such a mishap impossible.

"Fire officers perform fire extinctions, car extractions, ice and water rescues, and other life-saving activities in an effective manner regardless of their age, as against the slanderous message of the hoax video. Furthermore, they regularly rescue vulnerable animals from hazardous situations, so to depict them causing injury to a dog is all the more appalling. We intend to pursue those responsible to the fullest extent permitted by law."

Marcus Dunbar-Hemberton, Historian for the Department of Communities and Local Government, said:

The Williams Report can be found here. Read more about the firefighter retirement age debate here.

Members of the public should email us here

Media enquiries:
Members of the media should email us here