Skip to main content
Flight couture for the climate?/

(See this on our interactive newsreader as well. GCOP's reveal can be found here.)

Our "fake" press release went out at 8am GMT Monday, Nov. 8 and was soon followed up with a (fake) "reveal" from our partners in crime, Glasgow Calls Out Polluters (GCOP), who simultaneously released their (very real) report, "Race to Zero (credibility)," about the same two COP26 "net zero" initiatives.

Twitter users delighted in the prank and its seeming next-level complexity: 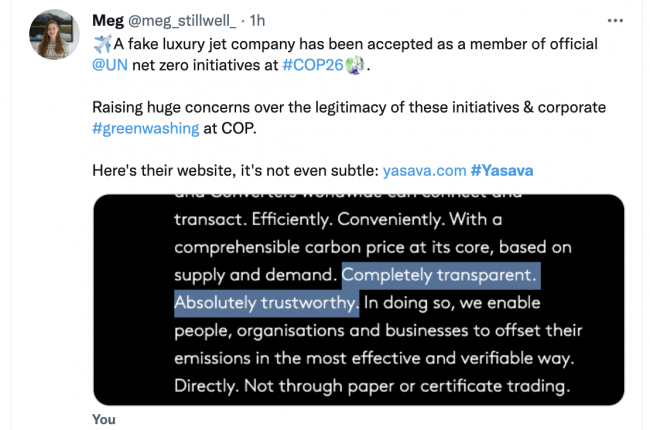 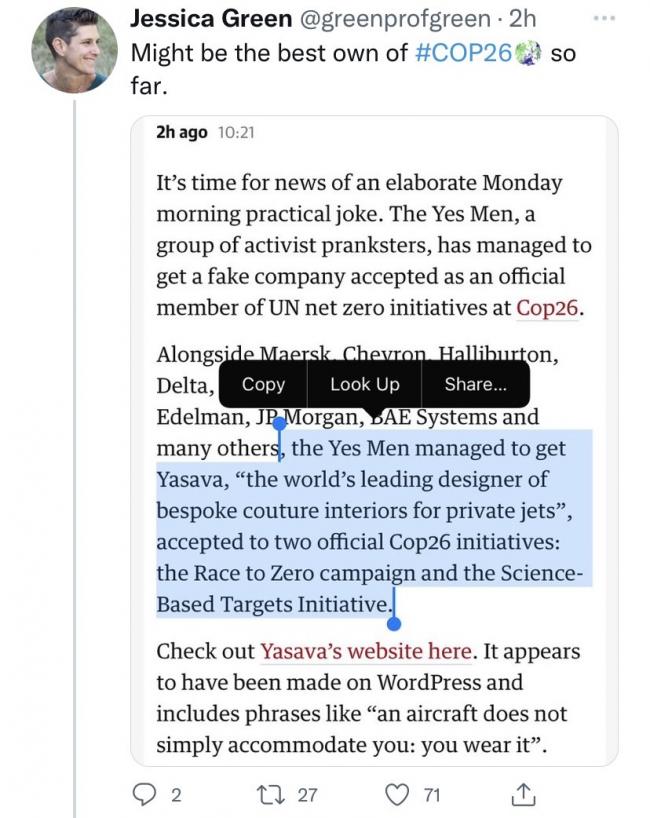 The Guardian covered it in their updates — 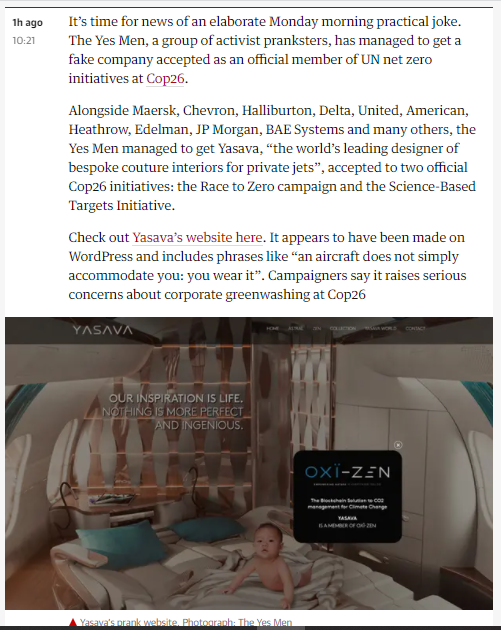 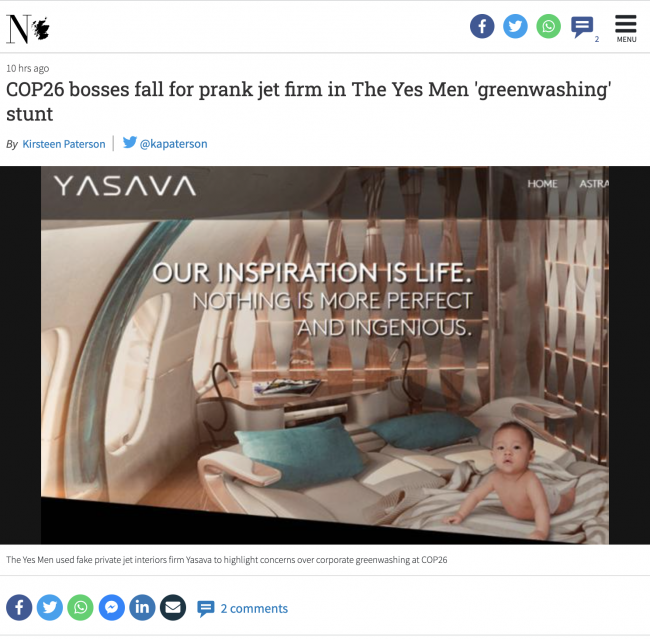 The Yes Men bragged up a storm:

But then, a smidgen of doubt: 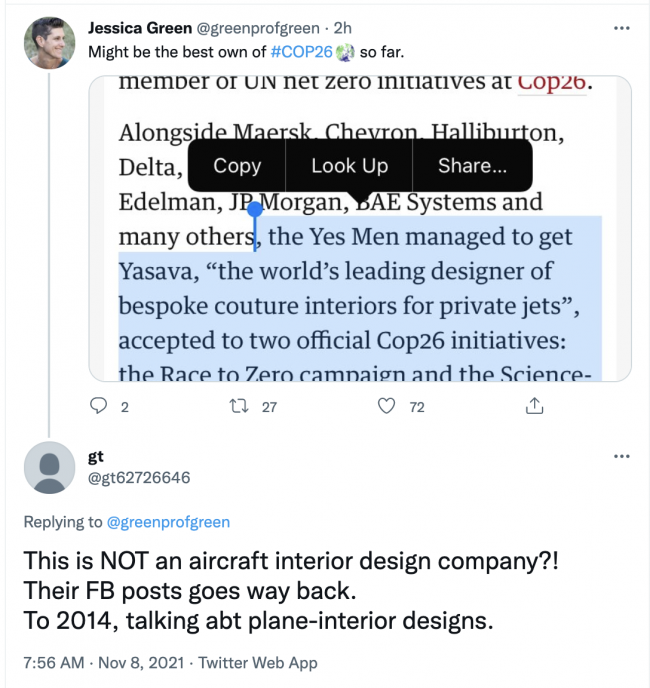 And indeed, that doubt was warranted: Yasava is completely real, and was founded in 1988, according to at least one source.

"It involved no skill at all to demonstrate the absurdity of the whole 'Net Zero' concept," said Andy Bichlbaum of the Yes Men. "Yasava did it all for us."

Indeed, Yasava — alongside many other companies with no business being listed as caring about the environment, let alone on official UN websites — is an actual member of the two "Net Zero" initiatives which (as Greta Thunberg and others have noted) are as empty and preposterous as Yasava itself.

As GCOP wrote in their (fake) reveal, the point of the whole shenanigans was to expose "the real deceit of these initiatives and the companies that are part of it."

Yet besides the deceptive "Net Zero" initiatives themselves, the most masterful deceiver of all may in fact be Yasava. 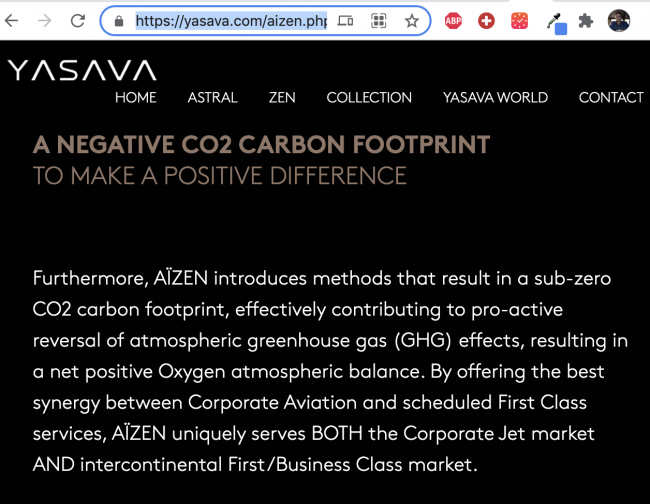 "Aïzen" doesn't say airplanes "produce oxygen rather than carbon dioxide," a notion even more absurd than the corporate gobbledygook that follows — but the writer's translation is precisely the intended effect.

CONTACT: Alan Bell: +44 (0)141 4746646, glasgowcallsoutpolluters@gmail.com, @Ggow_COP
Please read “Race to Zero (credibility): How flagship Net Zero initiatives at COP26 are sciencewash,” profiling some of the companies signed up to the Race to Zero and Science-Based Targets Initiative, including YASAVA.