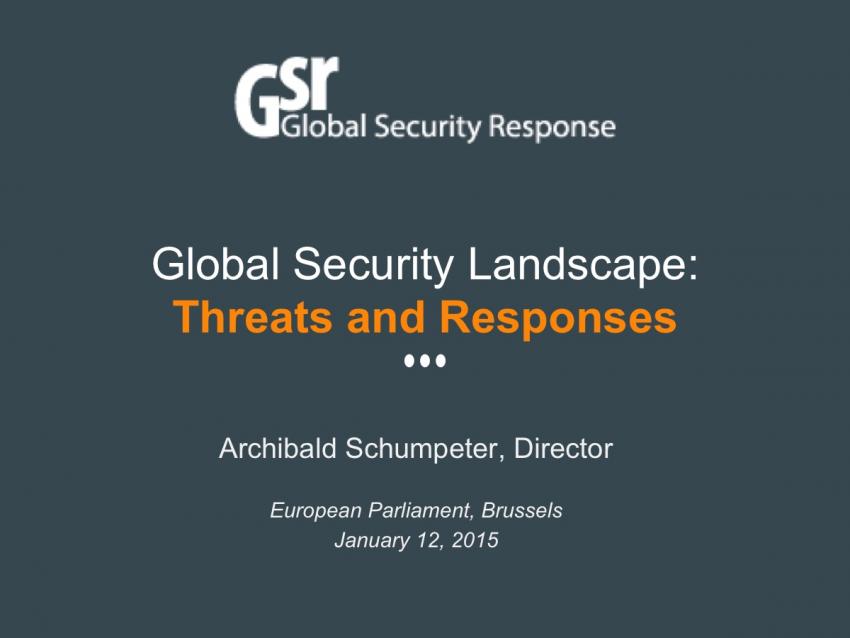 Hello. My name is Archibald Schumpeter. I'm with Global Security Response; we're a defense and security think tank and consultancy. 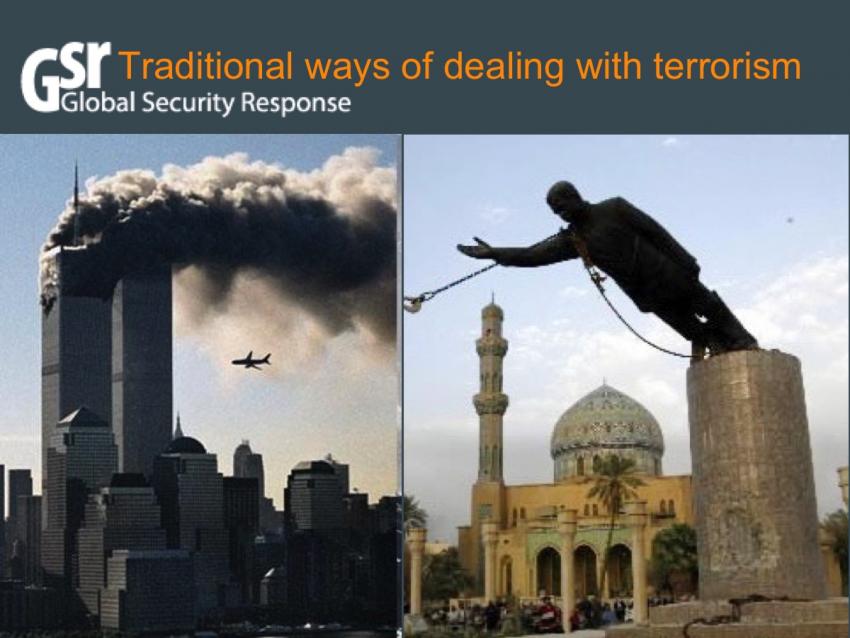 I'm really excited to be talking with you today about ways that nations that suffer terrorism can respond to terrorism in forceful but intelligent ways from within the defense and security paradigm that we're used to.

But unfortunately, such responses have not generally been very intelligent. In fact, it's been pretty much all stupid, all the time, every since 9/11. 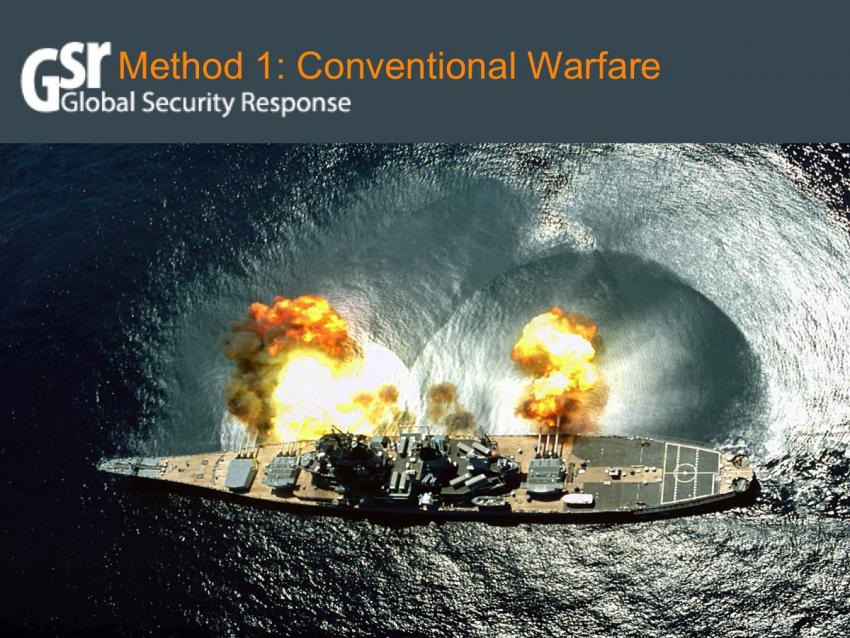 Let's start with the mainstay of the defense paradigm, military force. There have been a whole string of military responses to the terrorism of 9/11, from Iraq to Afghanistan. 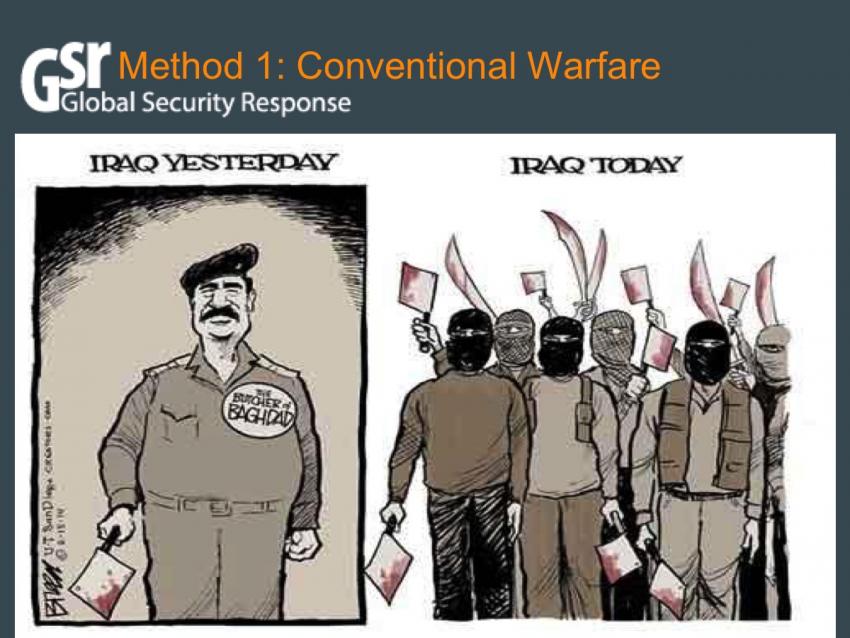 Sadly, these attacks not only haven't reduced terrorism, they've actually increased it, generating whole new terrorist entities—like ISIS, which now undertakes its own international operations, such as the ones in Paris. 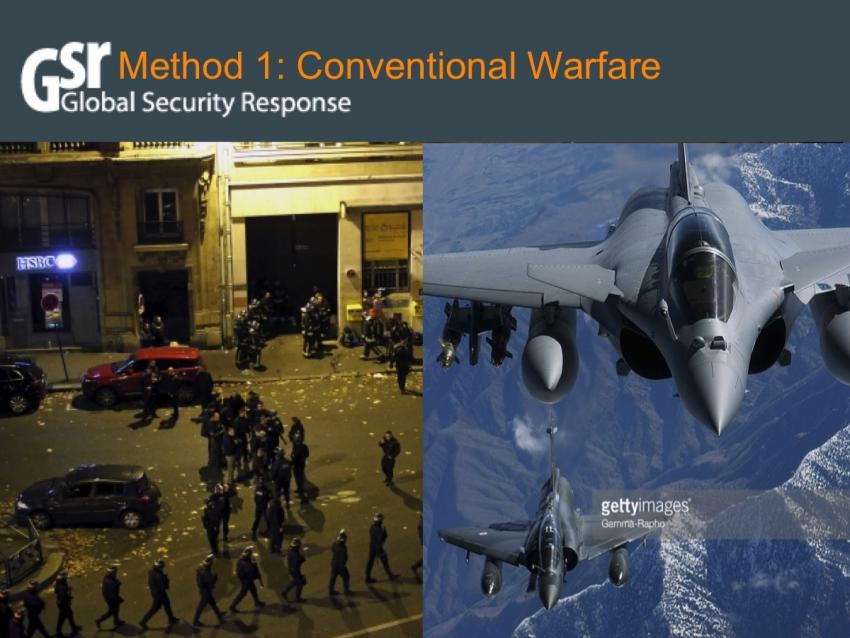 In response to those attacks, France is following in the US's footsteps, by attacking Syria. 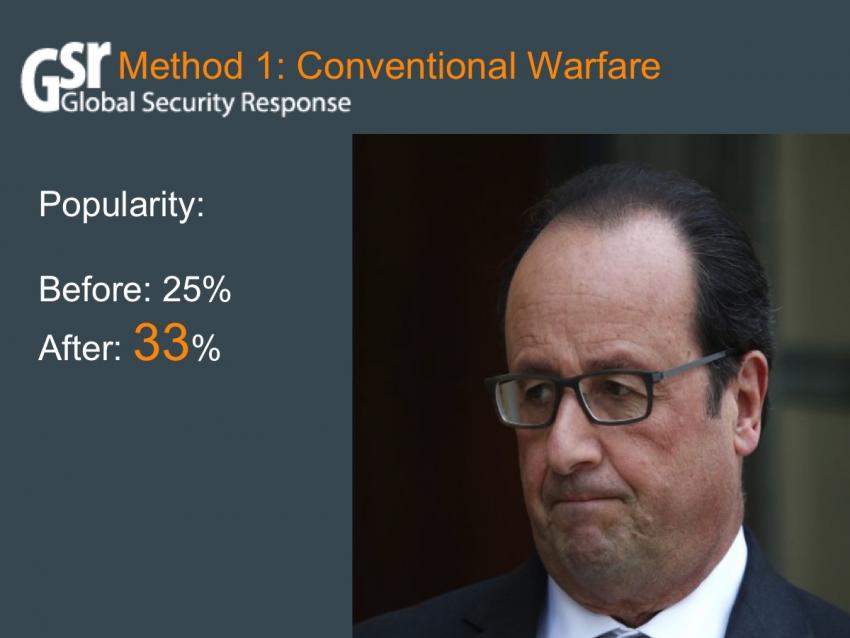 This tactic is politically fairly successful—Hollande's popularity rose quite a bit after he launched the attack—but as far as terrorism is concerned, France's attacks are like fighting fire with gasoline: 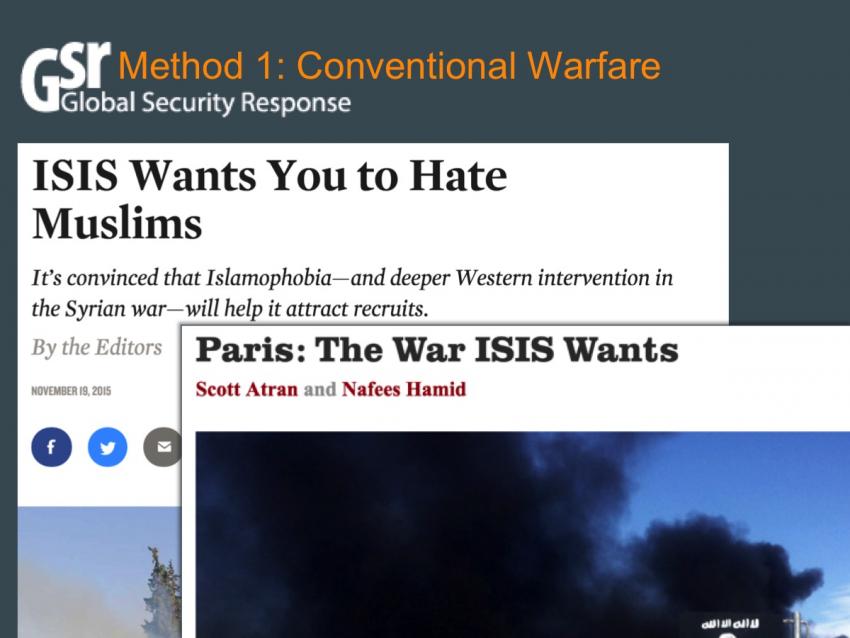 it's guaranteed to generate more terrorists, just like the US attacks on Iraq. 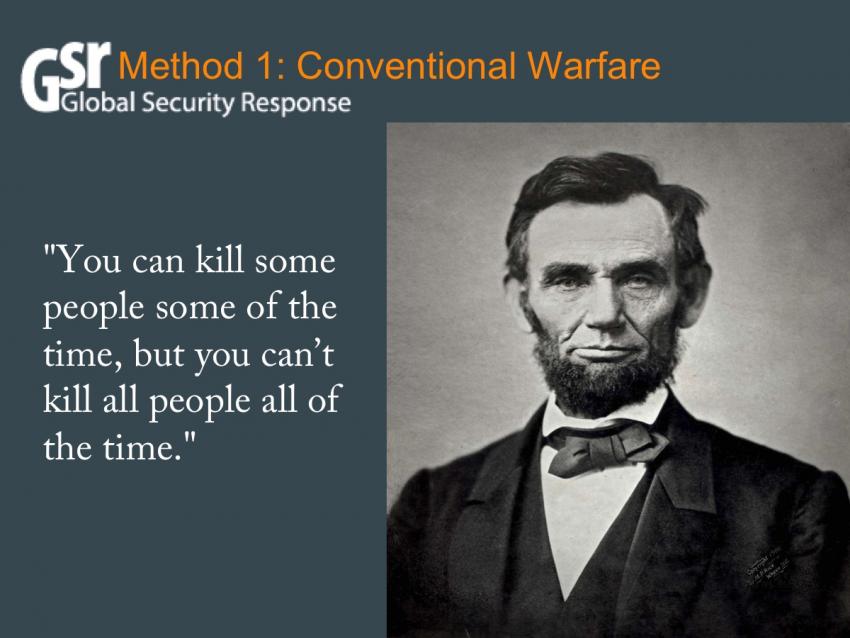 For war to work against terrorists, you’d have to kill everyone in the country. And as we know, that's just not possible. 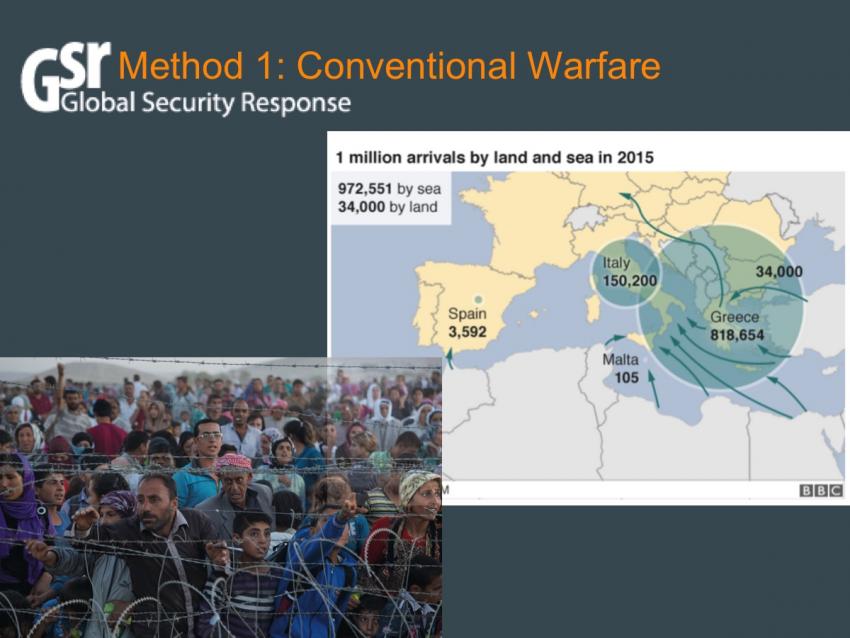 Another thing military action generates, besides terrorists, is refugees. These migrations, such as the ones we're seeing now from Syria, can create tensions of an emotional sort— 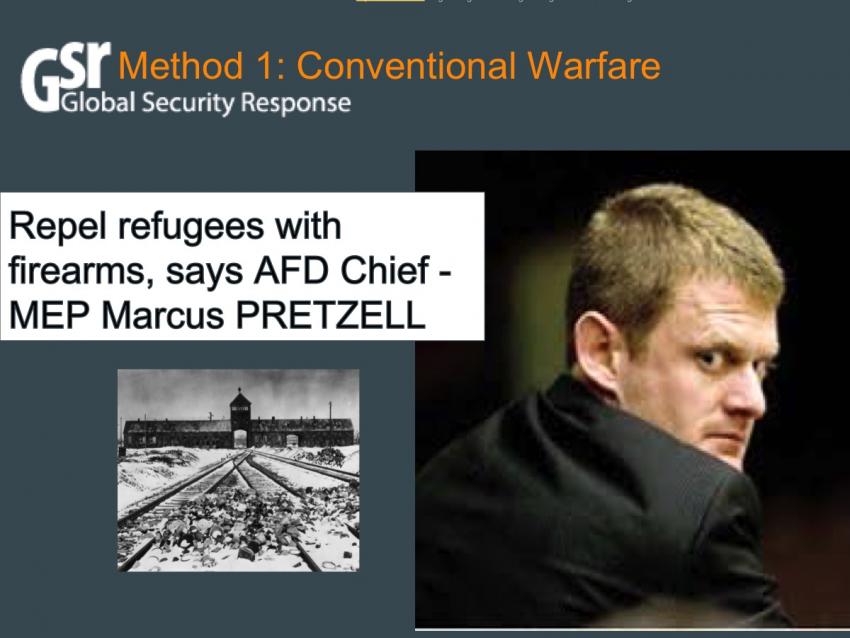 a German MEP even suggested recently that we shoot entering refugees. This sort of reaction, if followed to its logical conclusion, could create much instability. 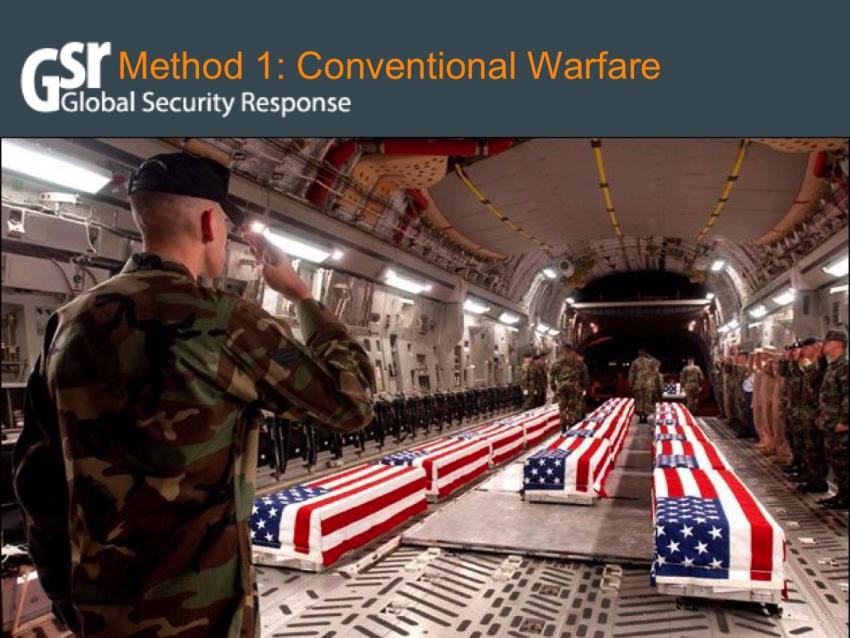 A final problem with military responses to terrorism is that soldiers die—which eventually causes public outrage, making it unsustainable in the long run. That problem at least is solved by drone warfare. 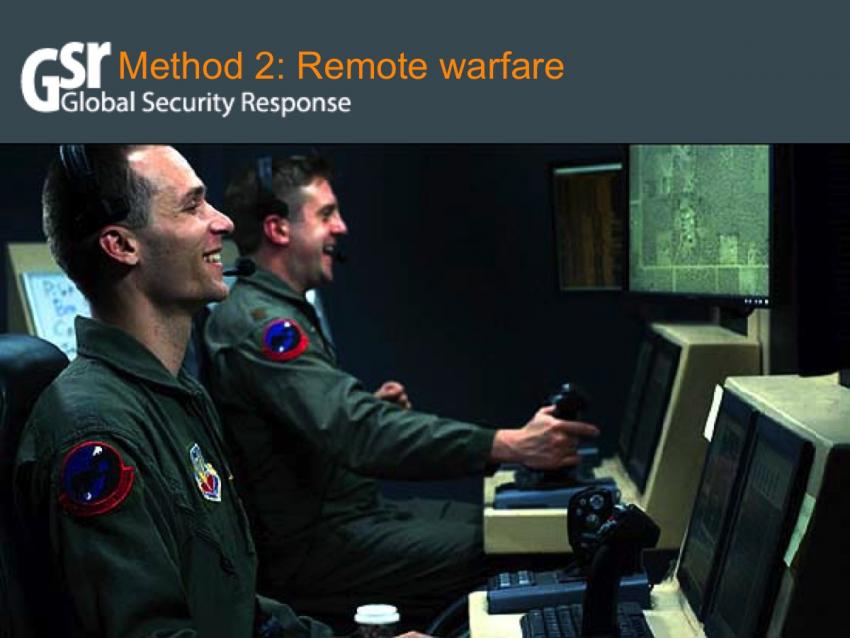 Since soldiers are located where they themselves can't be harmed, drone operations carry low political risks, and can be undertaken quite easily by democratic governments. 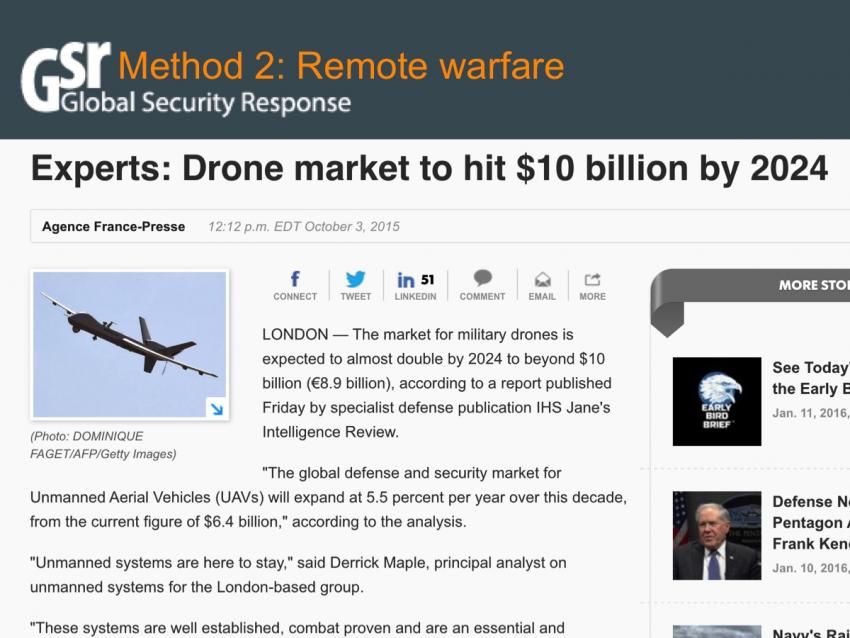 Furthermore, the profit margins are even better than with traditional warfare.

But drone operations have problems of their own. 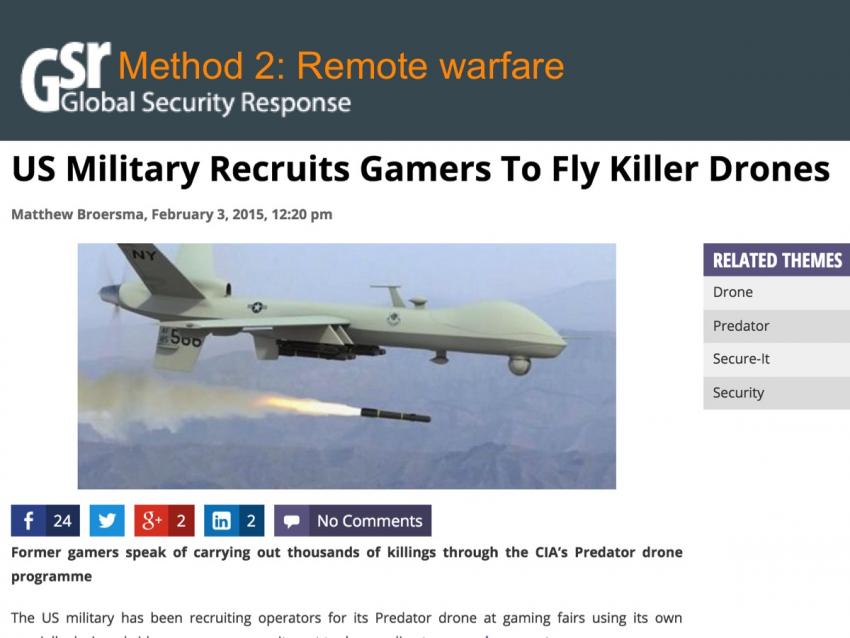 For one thing, many of the video-gamers that the military recruits to fly drones are horrified when they discover what they're actually doing. 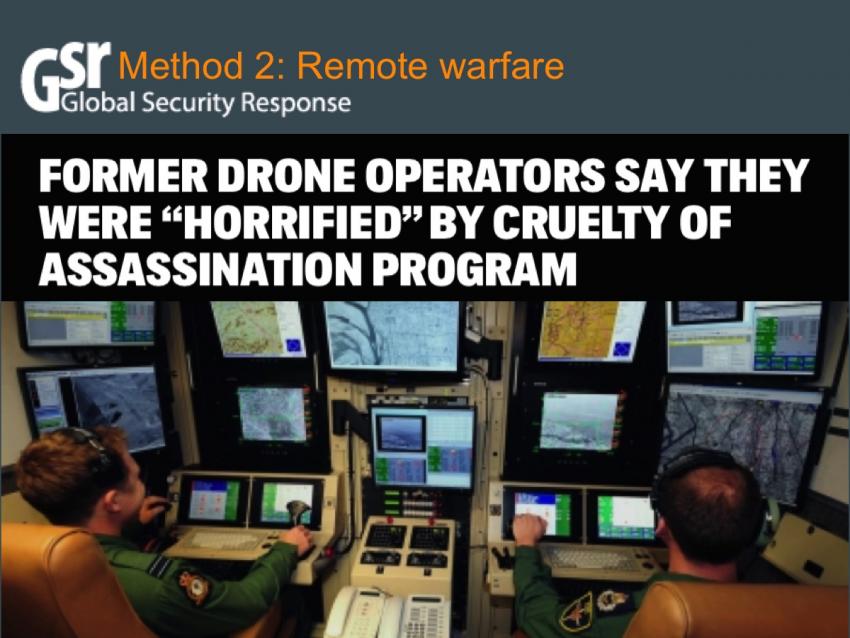 A number of them actually lose their minds, or otherwise refuse to do their jobs. 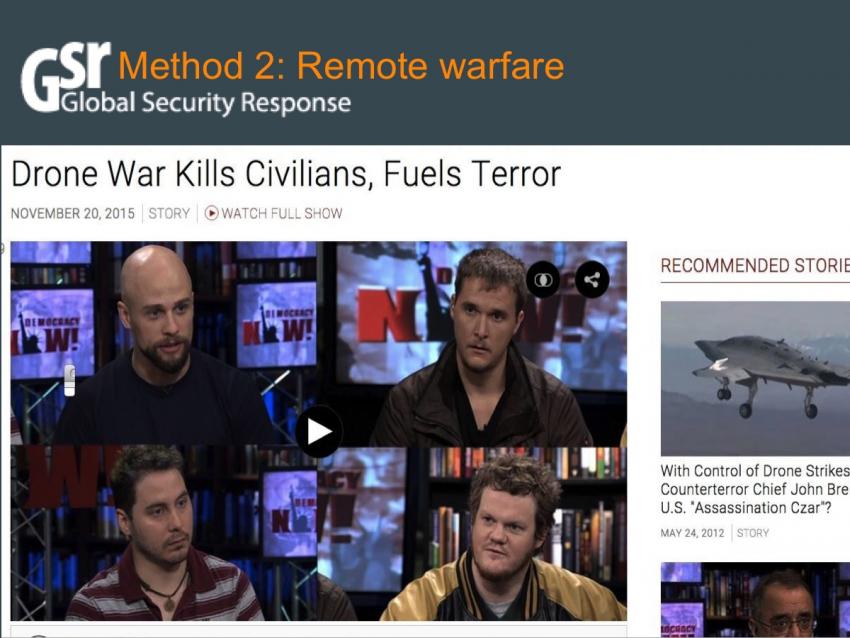 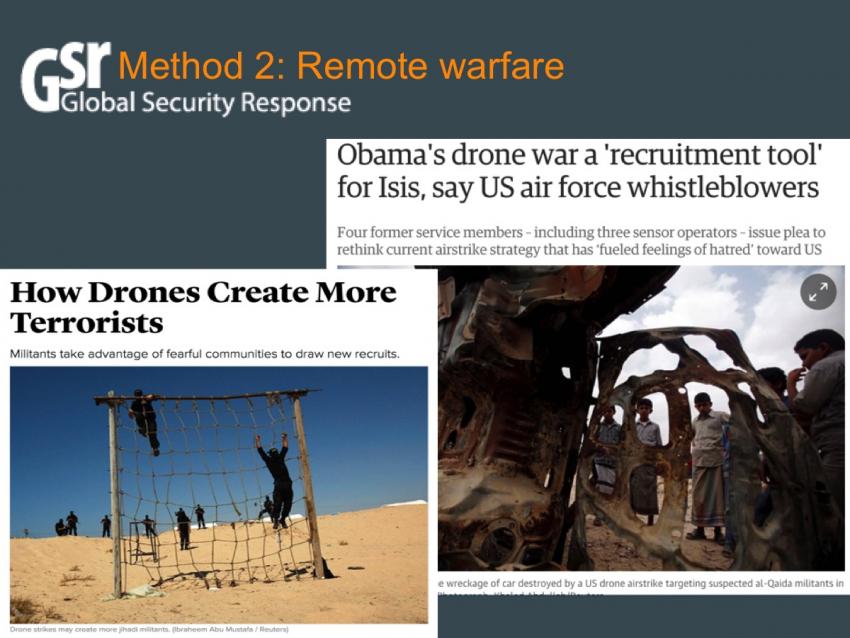 And just like conventional operations, drone operations have also been shown to create more terrorists than they kill. 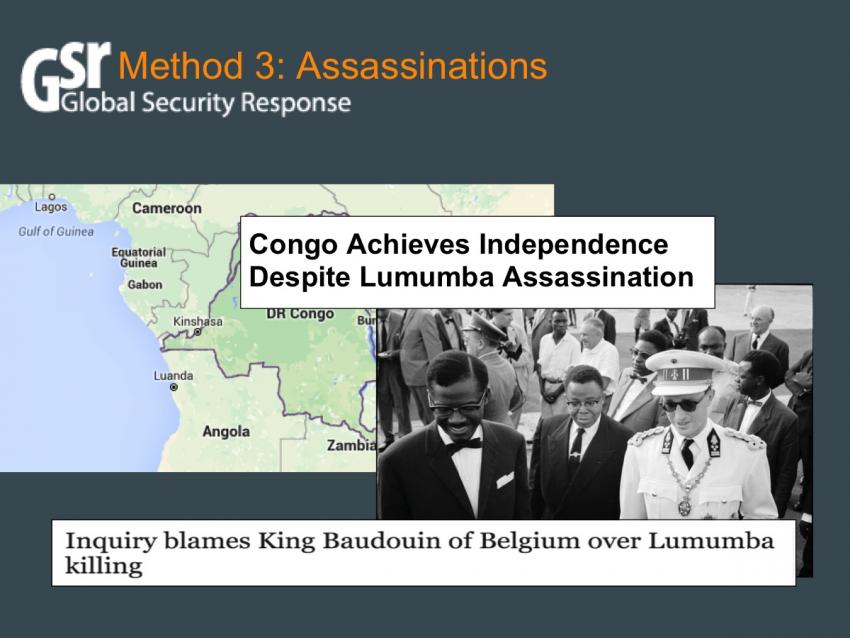 Another solution, with even lower impact on soldiers, is targeted assassinations. But as we've learned again and again, it doesn't work either—it didn't work for Belgium in regards to the Congo 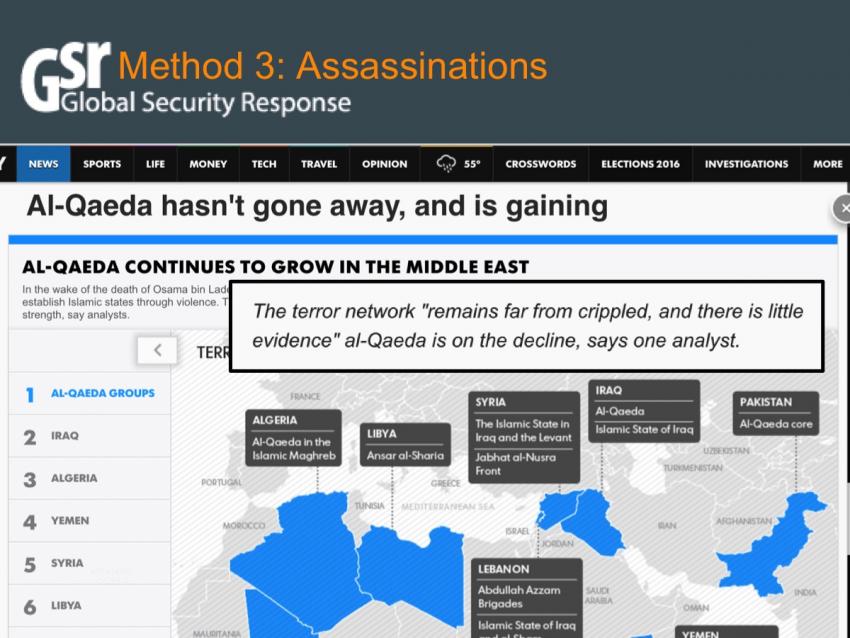 and it didn't work with Al Qaeda: Osama's assassination was great for Obama's popularity, but did nothing to address terrorism. 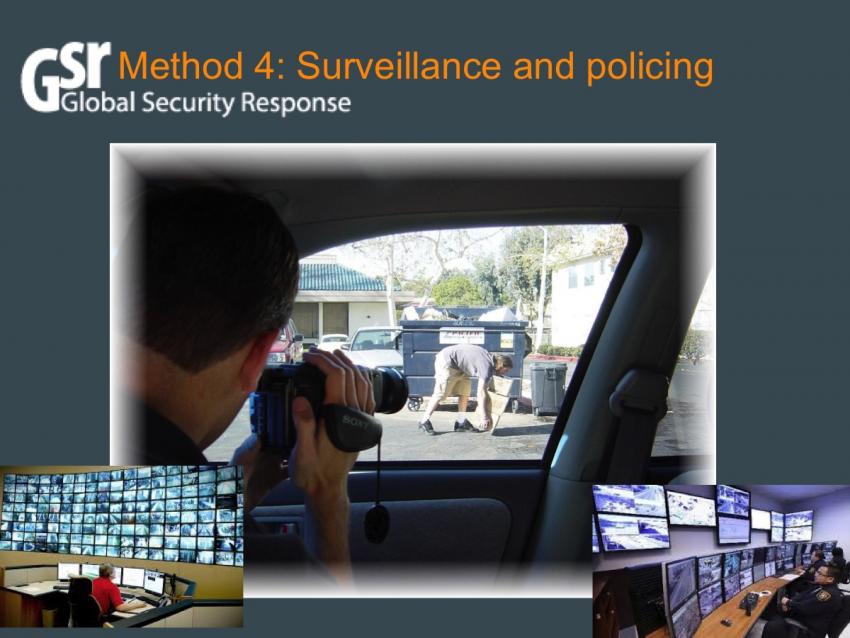 An entirely different kind of way of dealing with terrorism is more defensively, with surveillance and policing. Unfortunately, these don't work either. 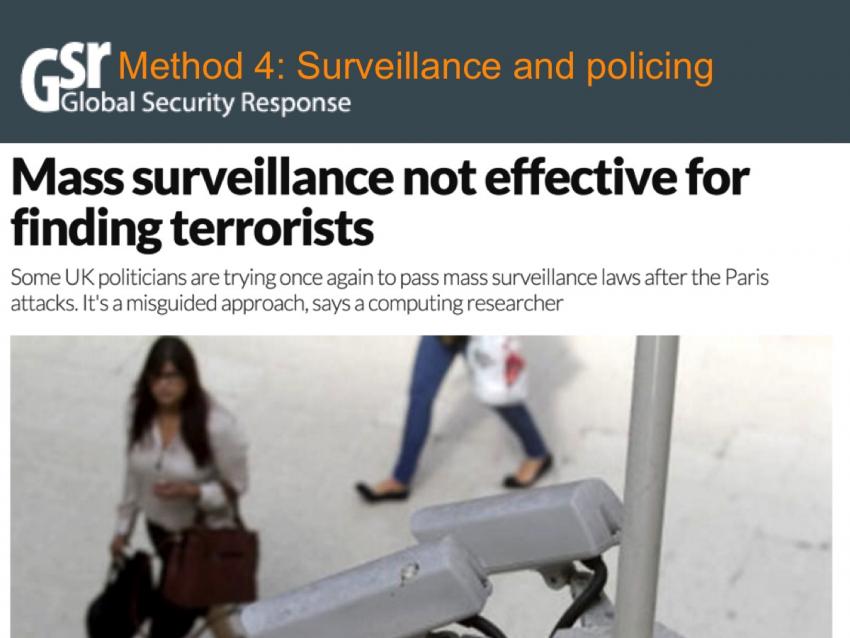 Mass surveillance, sophisticated as it is, is actually completely useless at identifying suspects, simply because there are few actual terrorists and potentially many false positives. 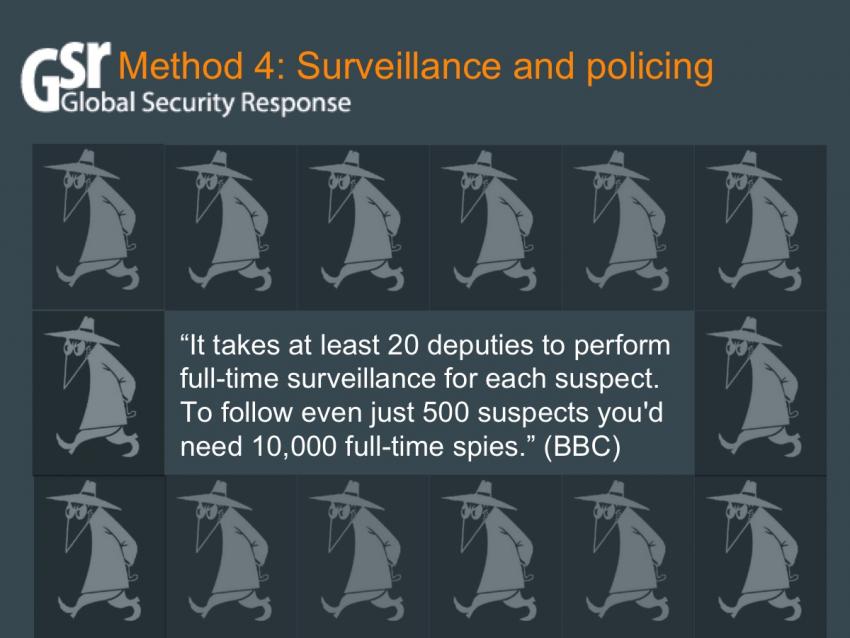 And even if you could identify suspects, you couldn't possibly follow them all, since it takes 10 to 20 police to perform full-time surveillance on a single suspect. That's far beyond the capacities of even the wealthiest countries. 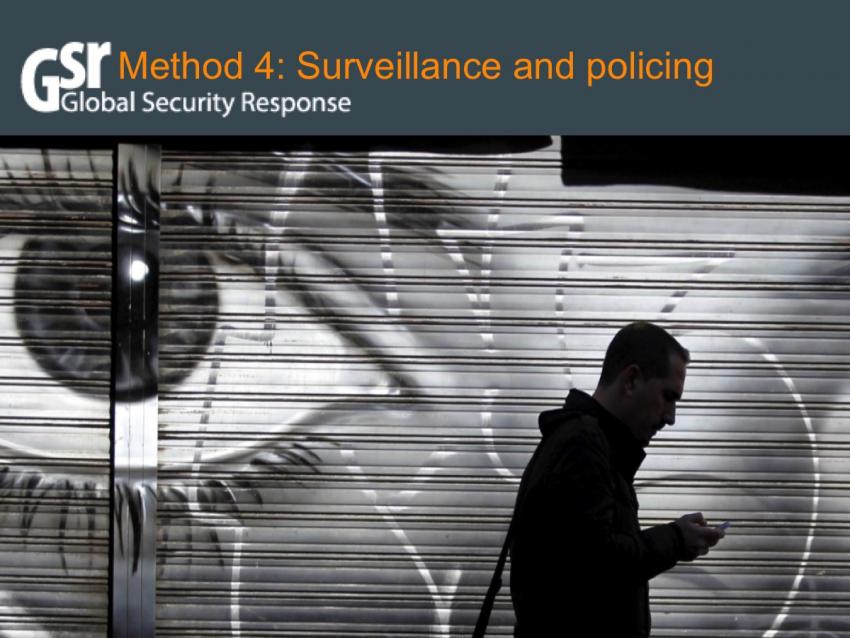 Surveillance does work in one way, and that's culturally and psychologically. Like in the old East Germany, surveilled citizens stop speaking out against the government, because they think the government's listening.

Unfortunately however, this effect doesn't work against terrorists, who aren't as easily frightened as non-violent activist citizens, and are better at masking their intentions. 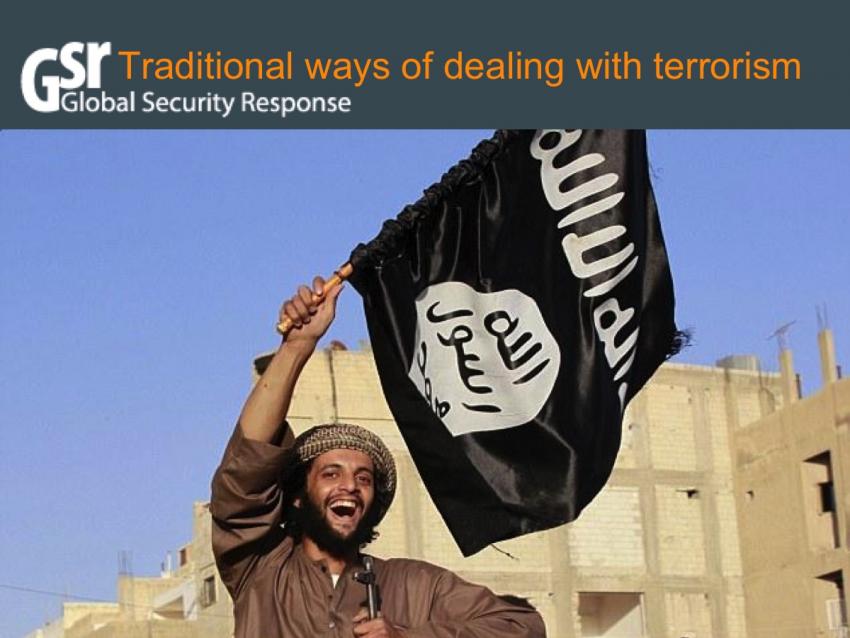 So, our entire panoply of defensive and security solutions to terrorism has collapsed, worthless! There is simply no imaginable answer to the terrorist threat within the paradigms of defense and security. What we need is a brand-new way of thinking—inspired perhaps even by NASA in their quest to do the impossible and land on Mars. 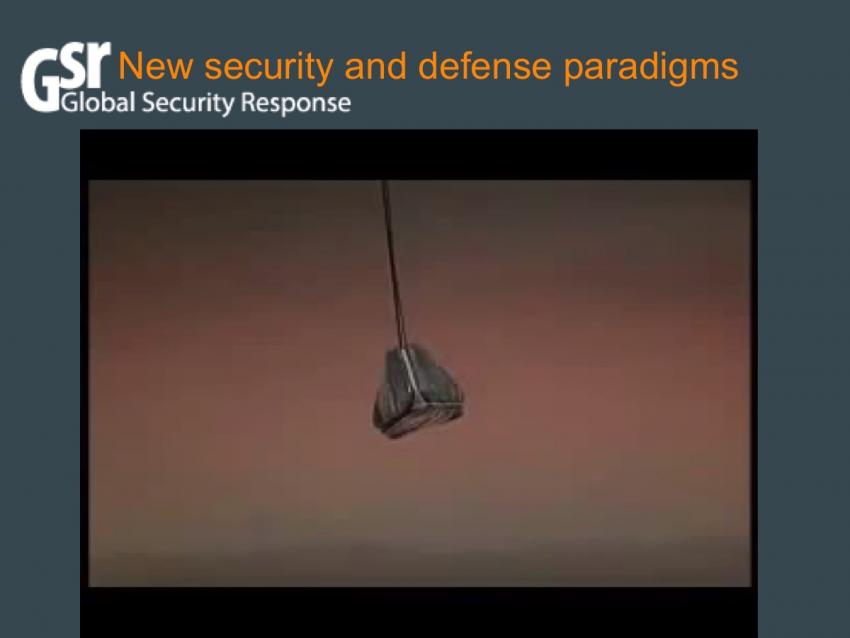 I'm about to show you a prototype that my company has developed, for a technology that would be guaranteed to work against terrorism. Because although there's no way to halt a motivated and energetic opponent, there are other ways to confound them. What we need to do is be stronger than our opponents in time. And that's what the ENDURAsphere™ is all about.

Could the prototypes enter, please? 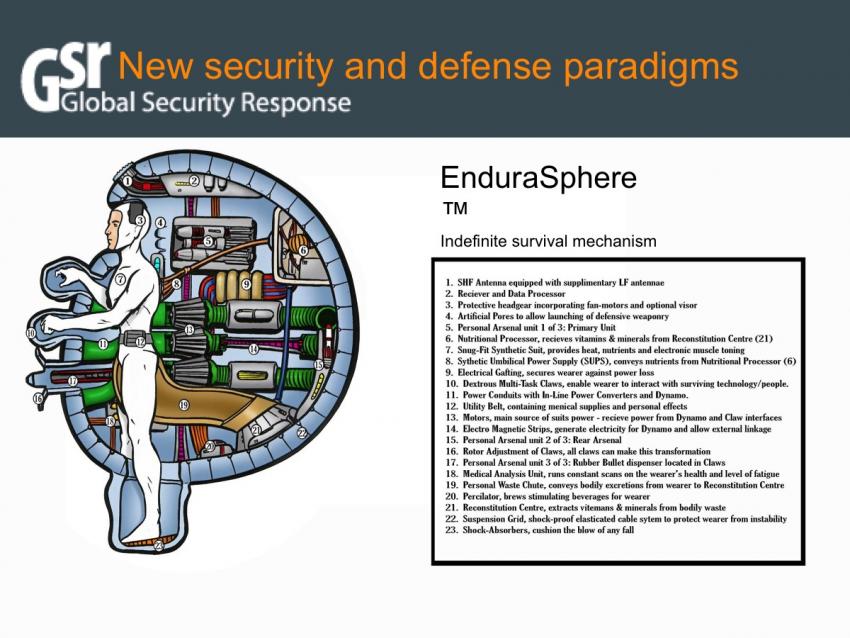 At its most obvious physical level, the ENDURAsphere is a defensive orb with numerous redundant systems that ensure the comfort and thriving of the occupant. Inside, it's an ecosystem, a sort of gated eco-commune for one in which all materials and effluent are processed for reuse in the occupant's ENDURAsphere, or for trade or exchange with another. It has Generation 5 Kevlar padding and a plastic-alloy skin that allows the occupant to withstand any impact; even the crumbling of an entire building would mean nothing to a citizen ensconced within. 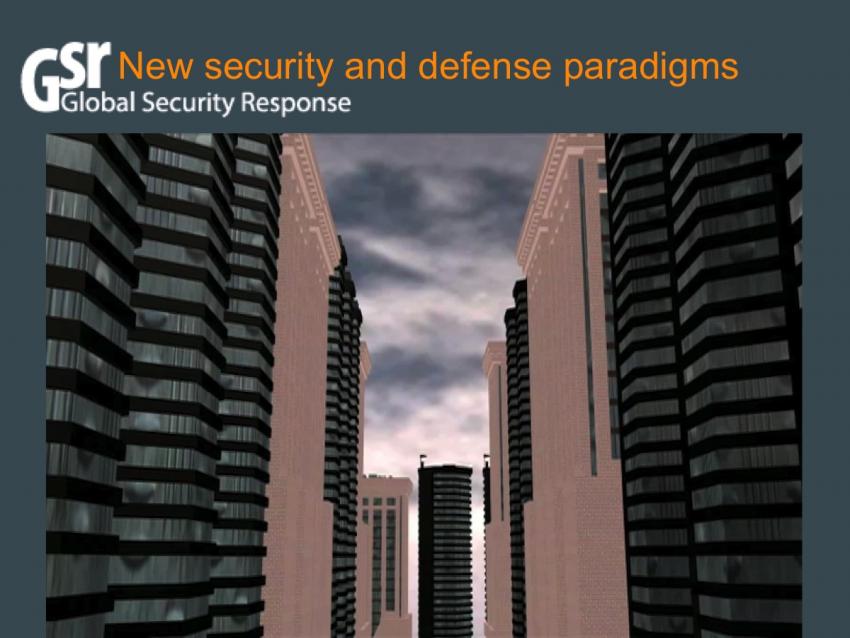 In this way, the ENDURAsphere is a lethal demoralization tool that even in the short term will interrupt and confound organizations like ISIS. For the longer term, the ENDURAsphere will give citizens the time and ease to devise truly paradigm-breaking new ways of coping with an increasingly dangerous world. 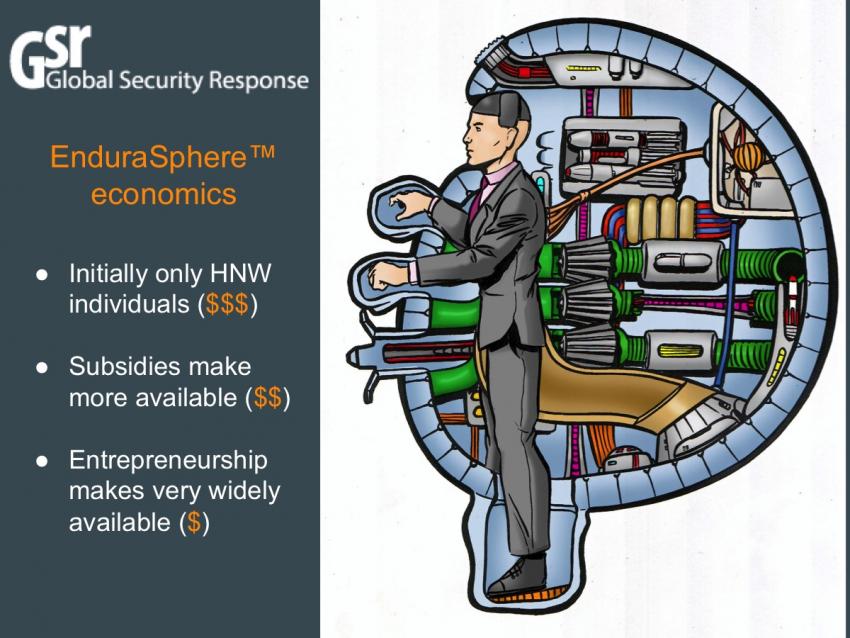 The price tag for each ENDURAsphere will initially be quite high, only available to High Net Worth individuals. But as the ENDURAsphere proves itself, it will attract large government subsidies that will make it much cheaper—just as drones have done. Entrepreneurs will then find even cheaper ways of producing them, making the ENDURAsphere a truly democratic solution to terrorism.

Thank you. Are there any questions? 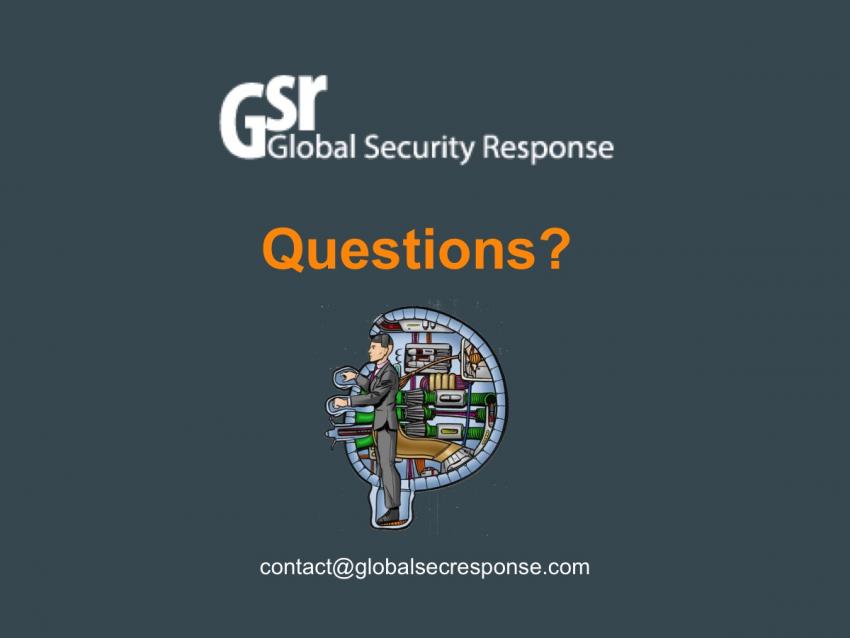